La Maison Louverie is uphill 3 kilometers south from the Dordogne river, in the Perigord Pourpre.

Located in the ‘Valley of the 1001 castles‘. The area is filled with fortified villages and city’s that are left after the big battle between the English and French.

The world famous Lascaux caves (I, II, II and just opened number IV) are an hour drive in Montignac. Les Eyzies were there is a museum about the ‘cave people’ that lived in the Dordogne 460.000 years(!) ago, all in the back yard.

La Roque Saint Christophe, on a cliff overlooking a tranquil section of the River Vezere is the remains of a large troglodyte town. The cliff has evidence of use as a shelter for Neanderthal man (50000 BC), Cro-Magnon man (25000 BC) and since then up until the Renaissance in 1588 when the trogolodyte town and fortress that had grown up was destroyed in the Wars of Religion.

The capital Perigueux is an hour north but worth visiting. Sarlat is a toerist attraction just for the old city centre. Bergerac has an old centre, there is a boat the sails over the Dordogne were you can be informed. St. Emillion, the white wine city in the west. Limeuil, classified as “One of the Most Beautiful Villages of France” in 1990, a extraordinary medieval village, standing on its rocky promontary were the Dordogne and Vezere come together. Beynac were the castle up the hill is seen from far away. Chateau de Chastelnaud is the castle of the brother of Beynac. (The history of those two brothers is very interesting) Domme the perfect fortified city on the mountain top. Splendid gardens nearby. Monpazier, about 30 minutes away. This village is also a member of the Les Plus Beaux Villages de France (“The most beautiful villages of France”) association.

Cadouin (just a 10 minutes drive) is famous for its abbey. Founded in 1115 by Robert d’Arbrissel and taken over by Cistercian monks in 1119 it became one of the most important in the area. It became a pilgrim centre due to a piece of cloth said to be part of Christ’s shroud. Pilgrims flocked to the Abbey which became part of the pilgrim route to Saint Jacques de Compostelle in Spain. Important pilgrims welcomed by the abbey included Eleanor of Aquitaine and Richard the Lion Heart. (The shroud is now known to date from the 11th century from Egypt. It is beautifully preserved and on display. Even if the shroud turns out not to be part of Christ’s shroud the Abbey remains worth a visit) Cadouin Abbey is a UNESCO World Heritage Site as part of the pilgrim route to Compostella.

Saint Avit Senieur (15 minutes) is home to an abbey dedicated to Saint Avit who was a hermit who died in 570. Avitus, as he was then called, was resting in the forest by a pagan temple. Avitus, a christian said a prayer and made the sign of the cross and apparently the temple collapsed. Avitus stayed in the area, became a hermit and dedicated the rest of his life to prayer and healing. Also a UNESCO World Heritage Site.

La Roque Gageac is one of France’s most beautiful villages. (there are just a lot in the area) In a stunning position on the north bank of the Dordogne River, and backed by a steep hill, with little to suggest that much has changed there in the last 300 years, La Roque-Gageac is truly the perfect picture postcard village. It is about 8km from the historic town of Sarlat. Issigeac is a wonderful medieval village which is always particularly popular on Sunday mornings when it hosts one of the best markets in the area. (20 minute drive)

Belves is a lovely and lively medieval town, with a typical bastide layout and centre, and a preserved 15th century covered market hall. The town is well worth a visit. (35 minute drive) In the centre of the town you can visit some troglodyte dwellings that date from around the 13th century. In the town you can also see the medieval belfry and walls, a 14th century castle, and the city hall. Belves is famous as being the ‘town of seven bell towers’.

Le Bugue is a small attractive market town on the Vezere River, between Limeuil where the Dordogne meets the Vezere, and Les Eyzies de Tayac. (20 minute drive) It also has one of the best wineshops in the region, with English speaking staff. Not only good wines but also all kinds of special whiskys they have on sale: www.julien-de-savignac.com/

And so much more..

http://www.northofthedordogne.com/ << This is a very interesting site about the area 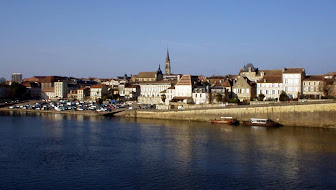 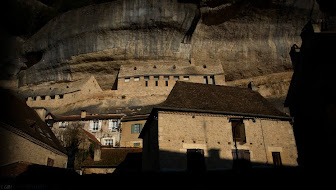 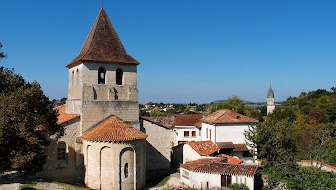 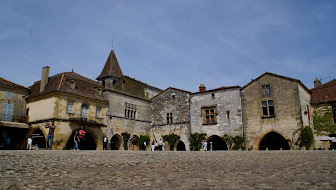 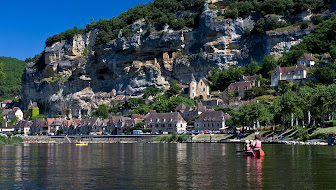 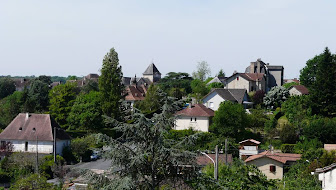 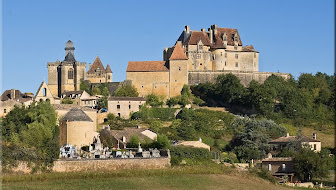 Email: lamaisonlouverie@gmail.com
Hours:
Check in after 3 pm
Check out before 11 am